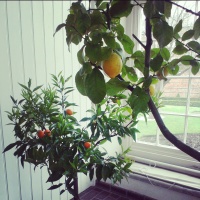 In Cardiff for my husband’s birthday, we simply had to carve out an afternoon to visit Tredegar House, a recent acquisition for the National Trust and lauded as one of the “wonders of Wales”.

The familial seat of the Morgan family since time immemorial, Tredegar House has mirrored the fortunes of its family. The oldest Morgan on record, Llewellyn Ap Morgan, backed his uprising countryman Owain Glendower against King Henry IV in 1401, and had his lands stripped from him in punishment. Generations later the Morgans finally backed the right Welshman, one Henry Tudor, and so had their fortunes restored under Henry VII and his descendants. As is often the way with these social climbing families, the house was expanded and improved upon with each new owner and savvy business decisions kept the fortune growing.

One famous Morgan – although he was from a cadet branch of the family and never owed Tredegar – was one Henry Morgan, a 17th century privateer (meaning he was a pirate, but under license from the crown to irritate the Spaniards, so sort of like a gentleman pirate!). When Henry Morgan retired he was made Governor of Jamaica. And I’m sure you’ve partaken or, or at least heard of, Captain Morgan’s rum, named after this famous buccaneer.

A later Morgan, Godfrey Morgan, lead his regiment in the ill-fated Charge of the Light Brigade in 1854. News reached home that nobody had survived the onslaught, and Godrey’s betrothed did the sensible spinster thing and married Godfrey’s best friend, leaving poor Godfrey heartbroken; he never married. Godfrey credited his horse for his survival during the Charge of the Light Brigade and buried it with military honours in the grounds of Tredegar. Godfrey became the first Viscount Tredegar, but the Morgan family were only to get more eccentric and unfortunate from here on out. 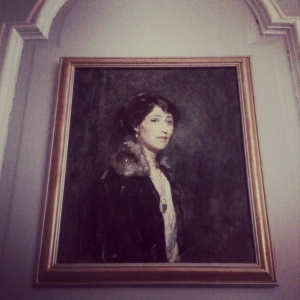 The tour of the upstairs rooms at Tredegar House comes complete with delightful anecdotes about the Morgans of the 20s-40s, the last two generations who really lived there. Evan Morgan was a colourful character indeed. Twice married, once to a quasi-respectable flapper who longed for a life on the stage, and again to a dispossessed Russian princess, Evan was a blatant homosexual who kept animals such as kangaroos and baboons with free run of the grounds and house and practiced “black magic”. He was also best friends with “Super Nazis” like Hess and Röhm, was rumoured to be the lover of the King of Greece and was court-martialed during WW2 for blabbing state secrets to some local Girl Guides.

Evan’s sister, Gwyneth, was a troubled girl and fell in with a drugs cartel in London and went missing in 1924. Six or so months later the body of a woman was pulled from the Thames, identified as Gwyneth only by merit of a necklace the corpse was wearing matching one that Evan had gifted his sister. The official line is that Gwyneth overdosed in an opium den and was dumped in the river to deflect attention; we’ll never know.

But my absolute favourite Morgan has to be Evan and Gwyneth’s mother, Katherine Carnegie Morgan. Katherine became convinced she was a bird – a kingfisher to be precise – and constructed giant birds nests in which she would sit wearing a jewel-encrusted beak. Wonderful!

Although the National Trust management of Tredegar House is still in its infancy and many sections of the house are not yet open to the public, there’s still so much to see, from the medieval stone kitchens to the room that is kept in reflection of the house’s time as a Catholic girls’ school in the 1950s.

For more on the Morgan family, and the house, visit the Friends of Tredegar House website.