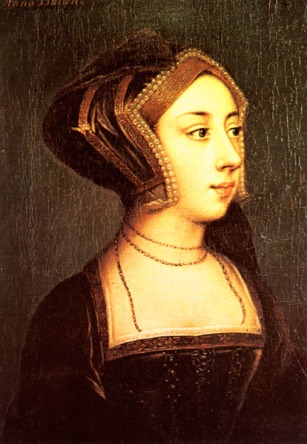 On the morning of 15th May 1536, Jane Seymour – affianced to the King of England – busied herself with wedding preparations from her new lodgings in Chelsea. Her predecessor – although not yet quite ‘pre’ enough for Henry’s taste – prepared herself for her trial. She dressed as richly as she could in a black velvet gown, a scarlet petticoat (red was the colour of martyrs) and a cap decorated with a large black and white feather. As she did all through her life, Anne chose her outfit with care and to send a message. She was the Queen of England, and she was not afraid. Meanwhile, Jane received a message from the King, telling her that “he would send her news at 3 o’clock of the condemnation of the putain [whore].”

Because for all Anne’s calm resolve and determination to face the trial head on, all knew it was just for show. Henry’s quick, unthinking missive to his lady shows that he knew for certain that the jury would condemn her. Anne’s household had been dissolved two days prior; all those who served her in any capacity had been told that their services were no longer required – Anne Boleyn would never return to court. And finally, of course, the four gentlemen that Anne had been accused of committing adultery with had all already been found guilty of the crime, so how could Anne be found anything but?

Anne swept into the hall in her black gown. Lancelot de Carles, secretary to the French ambassador, described her as she arrived, commenting on her grace, her beauty, her lack of fear and how she entered the court “comme venant a l’honneur d’un grant bien” [“with the bearing of one coming to great honour”]. She made a curtsey to the jury when she reached them, before taking her chair. She, as Queen, had been given the questionable honour of being tried by a jury of her peers, for all that most of these peers had been specifically chosen from a pool of her professed enemies. Hundreds upon hundreds of people had come to the Tower and crowded as close to the action as they could: a Queen of England, on trial for adultery, incest and witchcraft – what a show! – what a turning point in history! Everyone wanted to be a part of it.

The charges against Anne were read out; no graphic detail was spared, but Anne’s face remained calm and impassive. When the incitement had been read in full, Anne was asked how she pled. “Not Guilty,” she answered, of course. Those present recorded that she then defended her honour “soberly” and although she said little, her very face seemed to support her innocence. Anne then “made s[uch] wise and discreet answers to all things laid against her, excusing herself with her words so clearly, as though she had never been faulty to the same.”

Certainly, hearing everything laid out neatly and said in the open, the whole idea that the Queen of England had been bed-hopping and “French kissing” her own brother was ludicrous. In fact, most of the dates on which Anne was meant to have been committing these adulteries, she was either laid up in childbed, can be proved to have been with Henry himself or was just plain in a different county!

The general public had never been well disposed towards Anne, and she and her faction had certainly ruffled feathers at court over the last decade. No, there was certainly no love lost when it came to Anne Boleyn, but in the face of this devastatingly obvious stitch-up, the total fabrication of evidence, the fact that the King was at that very moment publicly preparing and ‘grooming’ his new Queen, there started to be public disquiet. Anne had always been popularly derided for being a commoner, an upstart, who was too earthy and unfit to be a Queen. With her eloquence and dignified conduct during her trial she completely quashed that old argument. Anne was finally about to gain the respect of the English people, but it was coming far, far too late. 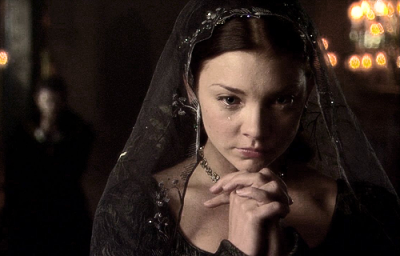 After Anne had finished her articulate but sparse rebuttal, that was it. No witnesses were called to give evidence or testimony against her. Anne’s maternal uncle, the Duke of Norfolk, stood to pronounce the jury’s verdict. Although Norfolk was one of those who had no particular love for his parvenu niece  – or her radical religious leanings – curiously it was recorded that he pronounced her as ‘Guilty’ with tears running down his cheeks. “Because thou hast offended against our sovereign the King’s Grace in committing treason against his person,” he told Anne, “and here attainted of the same, the law of the realm is this, that thou hast deserved death, and thy judgment is tis: that thou shalt be burned here within the Tower of London on the Green, else to have thy head smitten off, as the King’s pleasure shall be further known of the same.”

Although Anne must have known she had no hope of being acquitted, she likely thought she would be sentenced to life imprisonment, or perhaps sent to a nunnery and forced to take the veil. The execution of a Queen of England had no precedent, even though there had been some radically and unquestionably treasonous and adulterous ones. It was a shock indeed: for Anne, the gathered audience and even some of the jury. The Earl of Northumberland – the Henry Percy who had come so close to marrying Anne himself in 1523 – collapsed and had to be carried away out of the hall. One of Anne’s maids, Mary Orchard, was said to have “shrieked out dreadfully”. Mary Orchard had been the governess to the three Boleyn children when they were very young; it must have all seemed unbelievable to her.

Anne remarkably held her composure. She stood and turned to the court.

“My lords, I will not say your sentence is unjust, nor presume that my reasons can prevail against your convictions. I am willing to believe that you have sufficient reasons for what you have done; but then they must be other than those which have been produced in court, for I am clear of all the offences which you then laid to my charge. I have ever been a faithful wife to the King, though I do not say I have always shown him that humility which his goodness to me, and the honours to which he raised me, merited. I confess I have had jealous fancies and suspicions of him, which I had not discretion enough, and wisdom, to conceal at all times.

But God knows, and is my witness, that I have not sinned against him in any other way. Think not I say this in the hope to prolong my life, for He who saveth from death hath taught me how to die, and He will strengthen my faith. Think not, however, that I am so bewildered in my mind as not to lay the honour of my chastity to heart now in mine extremity, when I have maintained it all my life long, much as ever queen did. I know these, my last words, will avail me nothing but for the justification of my chastity and honour.

As for my brother and those others who are unjustly condemned, I would willingly suffer many deaths to deliver them, but since I see it so pleases the King, I shall willingly accompany them in death, with this assurance, that I shall lead an endless life with them in peace.”

(This is the slightly flowery version as recorded by Agnes Strickland, but it’s quite likely true to the theme and content of the true speech)

Anne then told the jury that she would pray for the King and for them, before curtsying once more and being escorted back to her rooms by Sir William Kingston, the Constable of the Tower of London. As she left the hall, the symbolic axe was turned so the blade faced her, communicating to all that this person had been sentenced to death.

Her wretched brother, George Boleyn – Lord Rochford – now took up his place in front of this hostile jury, with even less hope for acquittal than his unfortunate sister had had before him.

7 thoughts on “The condemnation of the putain”