You’re probably cold right now. You’ve probably taken to carrying things around with you certainly wouldn’t in the summer: gloves, earmuffs, packets of tissues. It probably takes you a full three minutes to de-layer and re-layer whenever you enter or leave a building. It’s dark when you get up, dark by the time you finish work. You’re probably wondering how on earth you’re going to fit in – and afford – all your necessary Christmas shopping (isn’t it bloody annoying how everything goes on sale straight after Christmas Day?).

All in all, I guess you’re feeling a little down on the whole winter experience.

Revitalise your winter wonder with the below, a list to remind you of the positives of this chilly, expensive season! I’d love to hear of any more, so please leave a comment if you have a good one! 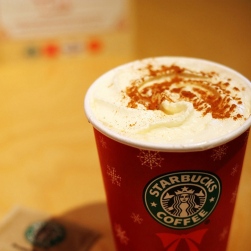 1. Seasonal drinks. I’m not just talking about the Starbucks ‘Red Cups’, I’m talking about mulled wine and cider, the proliferation of hot chocolate, which it seems to much more acceptable to drink in the winter than in the summer. Check out Whittard’s range of hot chocolates; I want that new Creme Brulee flavour so bad I’m considering hiking it all the way to the nearest (read: not that near) Whittards branch today to pick some up. My favourite though is the Rocky Road flavour (tip: use this powder instead of normal cocoa powder to make brownies!)

2. “Curling up with a good book” is so much more when it’s cold outside. It’s the perfect time of year to get stuck into great sweeping epics – and of course, there is always a proliferation of ‘Christmas or winter-themed’ reads released in November. Check out this Goodreads list showing the top-rated reads for the wintertime.

3. It’s so cold that Ugg-style boots look like a necessity, and not a lazy fashion choice. Likewise, the compulsory thick black tights hide a multitude of sins and unshaven shins. At the moment I am totally in love with boot toppers – fake socks for when real knee-length socks under your furred-inside winter boots would be just too damn much.I love this pair from Marisota; I’m a sucker for a bow.

4. Loosely related to the ‘sins’ as referenced above: chocolate, chocolate everywhere! Tins of Quality Street and Roses abound, little foil-wrapped chocolates you can hang on your Christmas tree and – of course – the Advent Calendar. And the chocolate-fest carries on well into the next year; my other half and I still have chocolate left over from last December. And remember, your stash gets topped up at Easter. 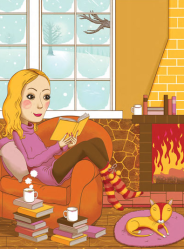 5. It may not happen until February or March, but odds are we will get a snow day. Even as an adult, there’s still something magical about getting a random ‘day off’, even if you’re trapped inside the house by huge snowdrifts.

6. Comfort food – and not just confined to Christmas dinner. The other day, the little place near my office where I often get lunch was doing a ‘special’ jacket potato topping: beef in ale with root vegetables. You certainly wouldn’t get that sort of special  running in July. All the tastiest things seem to be associated with winter – cinnamon being my personal favourite, there’s just not enough cinnamon going around in the spring and summer months.

7. Christmas fairs; specifically I’m thinking of Winter Wonderland at Hyde Park here, as I was there last night. Although I could have done without the freakily scary giant talking tree telling terrible cracker jokes (Q. What do you get when you eat Chrirstmas decorations? A. Tinsellitis!) there is literally nothing else in the world that is going to get you in a more festive mood. Winter, to my mind, is the most sensory season, all lights and smells and tastes, and Christmas fairs have all three in aplomb.

8. Possibly more December than the tail-end of winter, but definitely worth a mention: Christmas parties. Specifically ones where you have food and drink and entertainment (the latter whether formal or in the form of drunken colleagues copping off/photocopying their arses/all other cliches)  laid on for you, such as an office Christmas party. Yes, you think, digging into your beef wellington and seeing to your fourth glass of Prosecco: I bloody earned this, keep it coming.

9. Great television. I think in t 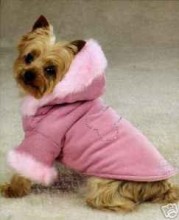 he summer TV executives assume we’re all getting trashed in beer gardens of an evening, so they keep the good stuff for autumn and winter. Already this season I’m enjoying the return of shows like Homeland and The Walking Dead, but also there are such great movies on too (Sky customers, are you are excited as me for the return of the Sky: Christmas movie channel??). Also, because it’s often so nasty outside, it’s a great opportunity to hunker down and watch all those films you’ve been meaning to all year. Check out this list of recommended winter watching if you need some inspiration.

And if none of the above has worked, just think – in under a month the days will be starting to get longer again… only three or four months to go before we can put away the scarves…

2 thoughts on “TEN… reasons to feel postive about the winter”