…quoth Larkin in an uncharacteristically positive poem. All flesh is grass, quoth Carol Ann Duffy, paraphrasing from the Bible of all things. More recently, JK Rowling summed up this entire post in the following line: “I’ve got two daughters who will have to make their way in this skinny-obsessed world, and it worries me, because I don’t want them to be empty-headed, self-obsessed, emaciated clones; I’d rather they were independent, interesting, idealistic, kind, opinionated, original, funny – a thousand things, before ‘thin’.”

“How I wish I had a smaller bum,” bemoaned my colleague the other day. My eye started to twitch. This is a woman who’s had the most extraordinary life living abroad, hanging out with famous people and working with at least one VERY high profile pop group, who has a career, a family and is frankly a nice manager – a kind and thoughtful co-worker. I quoted the above quotes at her, my voice starting to rise in pitch as I did so in sheer frustration. She stared at me a bit – OK, she’s not a poetry fan – and instead started in on how it’s about ‘age’ and ‘having children’, as if this somehow ruins her and negates all the amazing experiences of her life. She attends the gym every day and sometimes, says she enjoys it. Well, fine, physical activity can be fun. No arguments there. But most of the time, she will complain about how she doesn’t feel like going but she MUST, she MUST or her life will somehow lose all meaning. This is not a healthy attitude, dare I say. In fact, I did say. As I say when other colleagues refuse a biscuit every day, give up carbs, coffee and cheese and apparently, fun, as if fun will gain you a stone just by thinking about it. And when all’s said and done, even if it does – who cares? 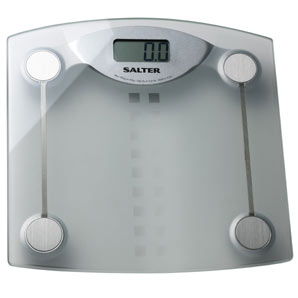 Thin is in. And there’s no doubt being clinically obese is very bad for you. It is however no worse than being clinically underweight yet the latter is lauded as beautiful while the former is a byword for ugly, monstrous and evil. How many good characters in your average movie are ugly and more importantly, overweight? Not ‘bux0m’ or ‘curvy’ but honest-to-sanity genuinely overweight? I have to say, New Doctor Who, the current Moffat saga, has turned me off because of its emphasis on Amy’s legs above Amy’s character development. Characters are beautiful and thin and devoid of thought – empty vases – and they are set  up to be admirable, to be enviable. My overriding impression of Amy, for the record, and more pertinently, all these diet-promoting celebs, is of people deeply self-obsessed. The moment you stop caring about your legs is the moment you care about someone else’s instead – and for every evening you beat yourself up in the kitchen over putting dressing on your salad is a moment you’re not thinking about what else you could be doing. Interacting with the world, for example.

Well, OK, that’s a slightly different post to this one, because although the emphasis on flesh above character remains, the point is moot. My colleague is not even obese. She’s thin. She’s a UK 12 MAXIMUM. So the demonisation of fat is not restricted to the fat but those who are already thin. Office culture is a competition to be the one who eats the most salad, does all the lunchtime jogging and for some odd reason, complains the most about it afterwards (somehow this amplifies the effort they are putting in, which gains them social kudos. They spur each other on. Consider the terrifying vogue for “pro-ana” sites online). The correct response to this, incidentally, is to encourage them. They should be unhappy! It’ll be worth it when they’re thin. 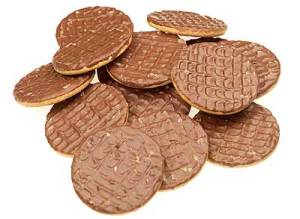 Now call me Ms Mad but, analogously speaking, if someone came to me and said, how I hate shaving the skin off my legs but at least it stops the hair growing I would say, you are mad. You are masochistic. You are seriously ill. Please stop. There is no hair. There is no fat! And even if there WAS hair (or fat) – would it matter? Does it make you a nicer person? Does it make you talented? Intelligent? Kind? Will it get you promotion? Sadly the answer to the latter is perhaps ‘yes’ because popular statistics claim thin pretty people get more money – perhaps true – but therefore to get even MORE money, you have to be even thinner, even more concerned with what you look like. And I bet half these people can’t even type a coherent sentence. My boss can, however, which is why it genuinely upsets me she doesn’t care about her personality and talents compared to her bum. You will (I wish I could say) one day, be dust beneath the ground, just the same as me. By which point, does it matter what size skirt you took, and how much flagellation you went through to get there?

My boss is just one person who happens to be in front of me to remind me and annoy me of this every day but my office-based friends all share similar stories of colleagues who jog and diet ALL THE TIME. Size 10 is obese. They are unhappy, profoundly so, because they love nothing about themselves and in their efforts to try, remove all the things they could and should love about themselves. I genuinely don’t understand why people are walking into self-destruction, willingly, knowingly. I know the theory – mass media, mass culture – but I don’t understand how people can buy into this. It upsets and frustrates me. Like reality TV and cults, if you say ‘no’ to something, it will stop. Again, pro-ana sites allow people to encourage each other in destructive behaviour.

If more people encouraged healthy thinking, it would spread. If more people put down the trashy thinspiration magazines and as a results, the salad, they’d be happier and more productive and that would transmit to others. Not that I am encouraging a world of pure hedonism, but there is such a thing as balance. If you like salad, not a problem. My mother lives off salad as she enjoys it – with a large slice of cheese and lots of tasty dressings. If you like jogging, go ahead. But this does not mean you cannot also like biscuits. Or, indeed, that you have to eat the whole packet, if that’s what you’re afraid of. One biscuit a day will not kill you. It is allowed to enjoy something. Demonising such things with words such as ‘bad’, ‘naughty’, ‘fatty’, speaks to me about control issues. Is that the answer? The world is out of control and the only way people can fight for something in it is to treat themselves like this? It’s not impossible. The modern world is fast and competitive. I might be lucky and alone in not caring as much about the material because let’s face it, it is everywhere. You have to have money and power and a good job because if you don’t, you can’t claw your way back easily from the bottom. Life will leave you behind. But you know what? I do OK. I eat the biscuit and pay my rent on time. Life should not be serious all the time – there’s enough in it that is bad. Why make things worse?

So back to the quotes. Flesh will die. Love will remain. And you know what? It’s OK to enjoy a pizza and read a book instead of jogging home to a lettuce leaf and a crispbread. Live a little. It’s your life, after all, and you only get the one.

Lily Fox is a size 12-14 charity administrator who gets very angry about diets.
Follow her at @vixenoflight